Self-talk Is Self-Programming: Ask for what you really want! 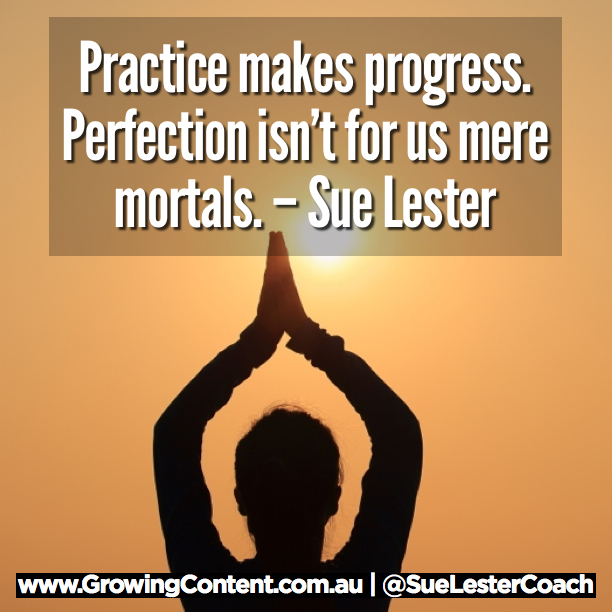 Self-programming language (self-talk) is how we interpret and give meaning (for better or worse) to what’s happening around us. That meaning then determines our subsequent actions. Self-talk is self-programming, so ask for what you want, rather than don’t want. Tell yourself (& others) “Remember X” rather than “Don’t forget X” as “forget” will stick. Your brain has to think of “forget” before it can process “don’t”.

Know that if you ask someone else to remind you, in other words, remember for you, to do something, then you are setting yourself up for failure. Your own brain classifies the task as delegated and ticked off your To Do List, so you’ll probably forget to remember. Chances are the person you delegated to has more important (to them) things to remember so promptly forgets your request. That’s your responsibility, not theirs, so it’s not fair to get cranky with them when you are faced with the consequences of forgetting.

I often hear new mindset coaching clients say, “I’ll worry about that later.” Actually, you don’t need yet another worry churning in your head. Instead, tell yourself, “I’ll deal with/sort out/find a solution on Tuesday afternoon.” rather than “I’ll worry about that later” which sets up a fear-driven loop. “Later” can be in 30 seconds so book it in at a specific block of time, mentally, and ideally physically into your diary or calendar too.

Here are some other examples of asking for what you want, rather than don’t want:

“Walk” rather than “don’t run”, especially for little ones.

“You can do this” rather than “don’t stuff it up”.

“After your shower put your dirty clothes in the laundry basket” rather than “Don’t leave a mess on the floor!”

And here are other examples kindly shared in a recent discussion on my LinkedIn post:

Not accepting compliments is a form of self-abuse. Say, “Thanks, I appreciate that” rather than “This Old Thing” or “you wouldn’t say that if you knew me”, both of which insult the gift-giver as well as yourself. A compliment is a gift after all.

Self-putdowns are also abusive programming.  Replace “I’m just stupid” with “That didn’t work, so what can I do differently next time so it does?” Feel the difference!

Also, adding “yet” or “working on” is better than “I’m useless at technology”. You can say, “I’m working on improving my tech skills” or “I don’t understand how to do that YET”.

“Yet” is such an empowering addition, acknowledging you are allowing yourself to continue learning, and it is okay not to already know all. Permit yourself to believe in the value of lifelong learning.

How do you respond when someone asks how you are?  Do you habitually say, “Not bad”? Going through life telling yourself & others you feel “not bad” is hardly motivating nor uplifting self-programming, is it?  You can be “Excellent, thanks!” Or, “I’m well, how are you?”

Sometimes it’s okay to lie, especially if it’s someone you don’t want prying into why you are feeling “Not so good” or “Not so well today.”  Sometimes it’s best to be honest, and reach out for support. Asking for help when genuinely needed is a sign of strength and wisdom. But if you are feeling fine, say so!

A common mis-programming I often notice on official channels and in advertising over and over is “Don’t forget!”  And they wonder why their campaigns don’t work as well as they’d hoped. Remember to use “Remember” instead of “don’t forget”!

Awareness is the key. It helps to check in with yourself, “Am I asking for what I want, or don’t want?”

When you are feeling overwhelmed, and telling yourself “there isn’t enough time to do everything” you’ll feel even more stressed. Instead, tell yourself “I will achieve the 3 most important items today.” Those self-programming words can calm you down and allow you to sharpen your focus, which in turn allows you to be more productive.

Sometimes the simplest language and mindset shifts are the most powerful self-programming tools, once we have that crucial first step, awareness. Your brain is wired to hear action rather than not-action, so ask it for what you want. And be nice to yourself.

Of course, if you need help to ditch the inner-bitch, that negative self-programming you’ve learnt over the years, then book yourself a time for a complimentary initial chat with me. We’ll discuss what you want and ways I can help you, then you can decide what’s best for you.  Book your time on this link: https://my.timetrade.com/book/SPXCJ

Or check out the powerful Reprogramme Yourself For Success audio product (learn self-hypnosis) in my store https://www.suelester.com/store/