Is Abuse Happening Under Your Nose? 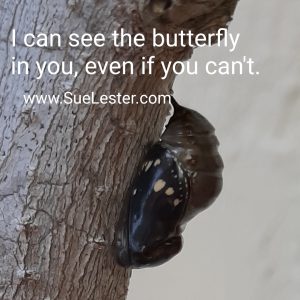 Is Abuse Happening Under Your Nose? (A Tale Of Two Giraffes.)

I was in an abusive relationship and didn’t even realise. Now, I totally understand if you’re thinking, “How could you not know?!”  At some level I did know, however, I was in denial, and no matter how unhappy I would never have applied the DV label, not while I was in the relationship. I was receiving warnings on so many levels, even from a carved giraffe I bought in Kenya! Domestic violence often starts subtly, and after you’re hooked on the relationship.

In my case, there was a touch of ‘khaki fever’, quite common in Africa on safari, on Contiki tours, Nepal treks, camel treks, in fact anywhere there’s that heady combination of holiday and adventure and the tour/trek leader suddenly becomes irresistible. At home, you wouldn’t look twice at him, because in that context he’s a totally unsuitable mate. In the wilds, where he is capable of protecting you with skills not needed at home, he becomes more desirable as a mate.  If you were stranded in the wild would you rather have Bear Grylls or Bill Gates as your protector?  In my case, he was piloting the plane towing my joy-flight glider into the air.

He was much taller than me (fellow tall women will get that attraction), fit with strong capable hands. As soon as he opened his mouth alarm bells went off, but I went into a reverse snobbery as if it made me a better person by dating someone with a very different educational & life background. I lost a good friend over that.  His abusive childhood set off more alarm bells, but my ‘rescuer’ tendency overrode that.

Though I do remember setting very strong boundaries that if he ever touched me in anger, no matter what the situation there would be no second chance, I’d report him to the police for assault, and be gone. The fact I felt I needed to do that, and remind him at various times, yet stay seems just crazy now. When he put his arms around me I felt safe (initially) and the sex was very satisfying, and that’s what dragged me back, along with thinking of that poor abused child inside.

I’d travel overseas, get clarity, come home to break it off, and get sucked straight back in. It was on one of those trips I’d bought the carved wooden giraffes. One for him as requested, and I bought another for myself so I’d still have one ‘when we spit up’. When we did his giraffe, along with all the gifts I’d spent ages on my overseas trips looking for him, was thrown back at me.

I was attending a professional development workshop on DV, how to help our clients protect themselves and their children, and escape. As the facilitator read through the list of signs of an abusive relationship, I mentally ticked them off in my head.  That’s when I realised I, well-educated and independent, had slipped into an abusive relationship. I recognised the classic abuse cycle from honeymoon, gradually building until the explosion, then the honeymoon again.

I’d allowed him to isolate me, rewarding his insane jealousy by avoiding any mixed gender social events, and becoming so miserable I actually didn’t want to see girlfriends or family as I might have to explain why I was still with him.

Whenever I started caring for my body he’d bring home shopping bags full of lollies, chips, chocolate and empty them on the table in front of me. I wasn’t allowed to have the bedroom door closed to block the sound of the TV when I was reading. I was accused of waving his dinner plate over the bin to get germs on it. If he was home first he’d cook and eat dinner just for himself, saving my share as ‘leftovers’ for his lunch the next day. There was a cruel cat and mouse game over having children, with him pretending to be clucky when I wasn’t and v.v. At 38 my hormones were screaming at me to breed. Thank heavens we didn’t.

Then things started escalating from emotional, psychological and financial to physical. The first slap on the butt from frustration, the standing over me lying in bed and smashing the glass of the photo frame over me because I was apparently lusting over my particularly unattractive, much older boss. Sex became a weapon of war, offensive and defensive. If I felt strong enough for a fight I’d say no. If I didn’t I’d give in, then be criticised for not being the happy sexy partner I used to be. She was dead. Of course, to him it meant I was being unfaithful.

I’d arrive home from a long day at work, look up from the car and if the kitchen light was on I’d feel sick to my core. I asked him to move out of my unit.  He pretended he’d lost his key. He threatened suicide. He bought a gun licence and a rifle to practice with at the rifle range.

My survival instincts really kicked in then, and I did (sex) and said whatever I needed to over those weeks, to escape safely. It was like being in a room with a dangerous beast that needed to be soothed as I backed away until I could dash out the door and lock it behind me. 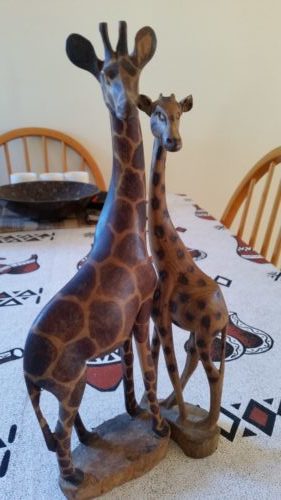 It was a good 12 months later I was in my new kitchen and I caught myself humming. I suddenly realised I was actually light hearted and happy! And realized how miserable I had really been during those years.  Happy and free at last! It was another couple of years later when I unpacked the 2 carved wooden giraffes, his and mine.

For the first time I noticed mine was smaller, lighter from a cheaper wood, and…the spots were cigarette burns! My unconscious mind must have been screaming at me, but I didn’t see, didn’t want to see at the time of purchase. (This was long before I studied neuroscience modalities then started my mindset healing and coaching business ten years ago.)  I keep them on display now as a reminder to pay attention.

Is there anywhere in your life you need to pay more attention?  I sincerely hope you and yours are safe, and in loving relationships. It pays to pay attention to those niggles, those whispers in your head, the heaviness in your heart and the squirm in your gut. Teach your kids and their friends to pay attention too, and for goodness sake, believe them if they are brave enough to confess, to share a terrible secret. Believe yourself too. Abuse spreads behind doors and in the silence outside. Speak up.

Remember, abuse of your own body is still abuse, so if you need help to love and appreciate yourself more just ask me for help, or treat yourself to a copy of my D.I.Y. head trash clearing book, “The Face Within: How To Change Your Unconscious Blueprint”. (From www.growingcontent.com.au/shop-now or Amazon Kindle)